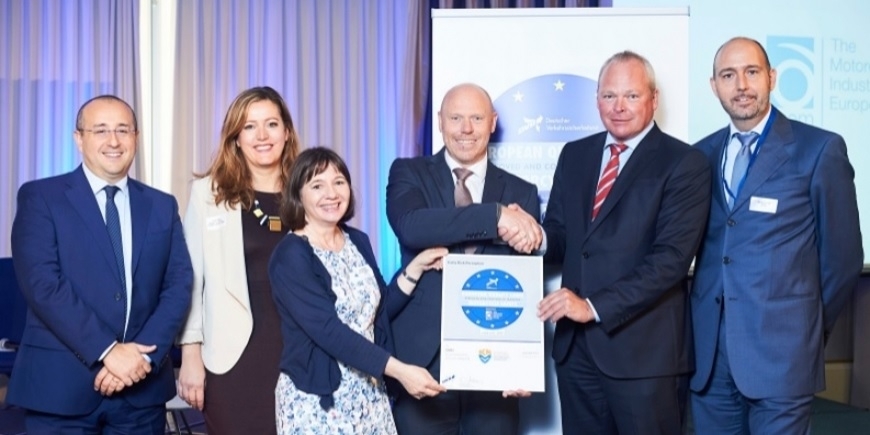 The European Association of Motorcycle Manufacturers, ACEM, hosted today its 12th annual conference, ‘The Safe Ride to the Future’, around the issue of motorcycling safety in the European Union. This edition of the Brussels annual conference attracted more than 150 attendees from the motorcycle industry, European and national administrations and users’ organisations, as well as a wide range of stakeholders.

The event explored key issues around motorcycle safety such as the benefits of advanced vehicle technology for powered-two wheelers, the need to ensure that all road users have adequate behaviours on the road, or the importance of inclusive motorcycle safety plans, particularly at national level.

As part of the conference, ACEM and the German Road Safety Council (Deutscher Verkehrssicherheitsrat) presented a new European Training Quality Label for high-quality post-license training programmes. A motorcycle training scheme run by the Royal Dutch Motorcycle Federation (KNMV) was the first one to receive the certification.

ACEM also organised an exhibition on motorcycle safety technology that featured some of the latest vehicle models launched by the industry as well as innovative safety devices such as a side view assyst system, a wireless airbag jacket and an electronic windscreen.

– “ACEM members manufacture some of the most advanced motorcycles and mopeds in the world. But it is also important that motorcyclists have good riding skills and a responsible attitude on the road. This is precisely why we are partnering with the German Road Safety Council to promote the best post-license training programmes across Europe”.

– “Intelligent transport systems (ITS) solutions have also started to make their way into our industry. We expect that in the future vehicle-to-vehicle (V2V) technologies will help to reduce the risk of accidents by allowing powered two-wheelers to effectively communicate with other vehicles”.

– “There are more than 36 million motorcycles and mopeds on Europe’s roads, which help to save time and money for commuters, increase urban traffic fluidity and reduce congestion”.

– “Today’s discussions clearly showed that motorcycling safety is a shared responsibility, and that it is essential that vehicle manufacturers, European and national administrations and users’ organisations work together to achieve lasting safety improvements”.

Login to European Training Quality Label
Reset Password
Enter the username or e-mail you used in your profile. A password reset link will be sent to you by email.